Do You Know The Meaning Behind The Official Symbol of Dentistry?

201 Providence Rd, Charlotte, NC 28207
Home > Blog > Do You Know The Meaning Behind The Official Symbol of Dentistry?

What Is the Official Symbol of Dentistry?

The American Dental Association started using the official symbol of dentistry in 1965. It can be recognized by the snake coiled around a staff before two branches bearing 20 berries and 32 leaves, which are centered in a design that combines a circle with a triangle. “Dentistry” is inscribed upon the bottom half of the circle, while the interior of the design is painted in a particular shade of purple called lilac, which has a special meaning of its own.

What Does the Official Symbol of Dentistry Mean?

First and foremost, the snake coiled around the staff represents Asclepius, who started out as one of the semi-divine sons of Apollo but managed to become such a skilled physician that he could resurrect the dead. Unfortunately, his resurrections created an imbalance in the world when the number of living humans began to soar, thus forcing Zeus to strike him down with a thunderbolt when the other gods started to complain. Still, Zeus was not without mercy, which is why he raised up Asclepius to live as one of the gods so long as he stopped resurrecting the dead without permission while placing no such restriction on other maladies. As a result, Asclepius became the God of Medicine, who the ancient Greeks would beseech whenever they sought a cure for a condition that was beyond the skill of mortal physicians.

The snake is supposed to be the same snake that had taught Asclepius much of his skill as a physician, while the staff is supposed to be the symbol of his office as a physician. However, it is interesting to note that the snake was not a coincidental choice, seeing as how the ancient Greeks considered them to be symbols of rebirth. Partly, this was because of their sloughing of their skin, and partly, this was because of their closeness to the earth, meaning that they were privy to much that was unknown to other creatures. Since snakes were such powerful symbols, they became a natural choice to represent ancient Greek physicians, which in turn, made them a natural choice to represent not just modern dentists but also other modern medical professionals.

Meanwhile, the 20 berries and 32 leaves on the two branches are supposed to represent the 20 baby teeth and 32 adult teeth of humans, which once again, makes them a natural choice to represent modern dentists. In contrast, the choice of lilac to fill in the interior of the design is a little bit more obscure since it represents the honor of becoming a dentist, which is why it is the exact same color that is used on both the caps and the gowns of dentistry graduates. Not coincidentally, purple has been a prestigious color since ancient times because of its relative rarity, so much so that it was once reserved for kings and emperors. Finally, it should be noted that the circle and the triangle incorporated into the design are actually an Omicron and a Delta, which are the 15th and 4th letters of the Greek alphabet respectively. The first stands for odont, which means “tooth” in Greek, while the second stands for dentistry, which is descended from Latin by way of French.

The Latest From the Blog 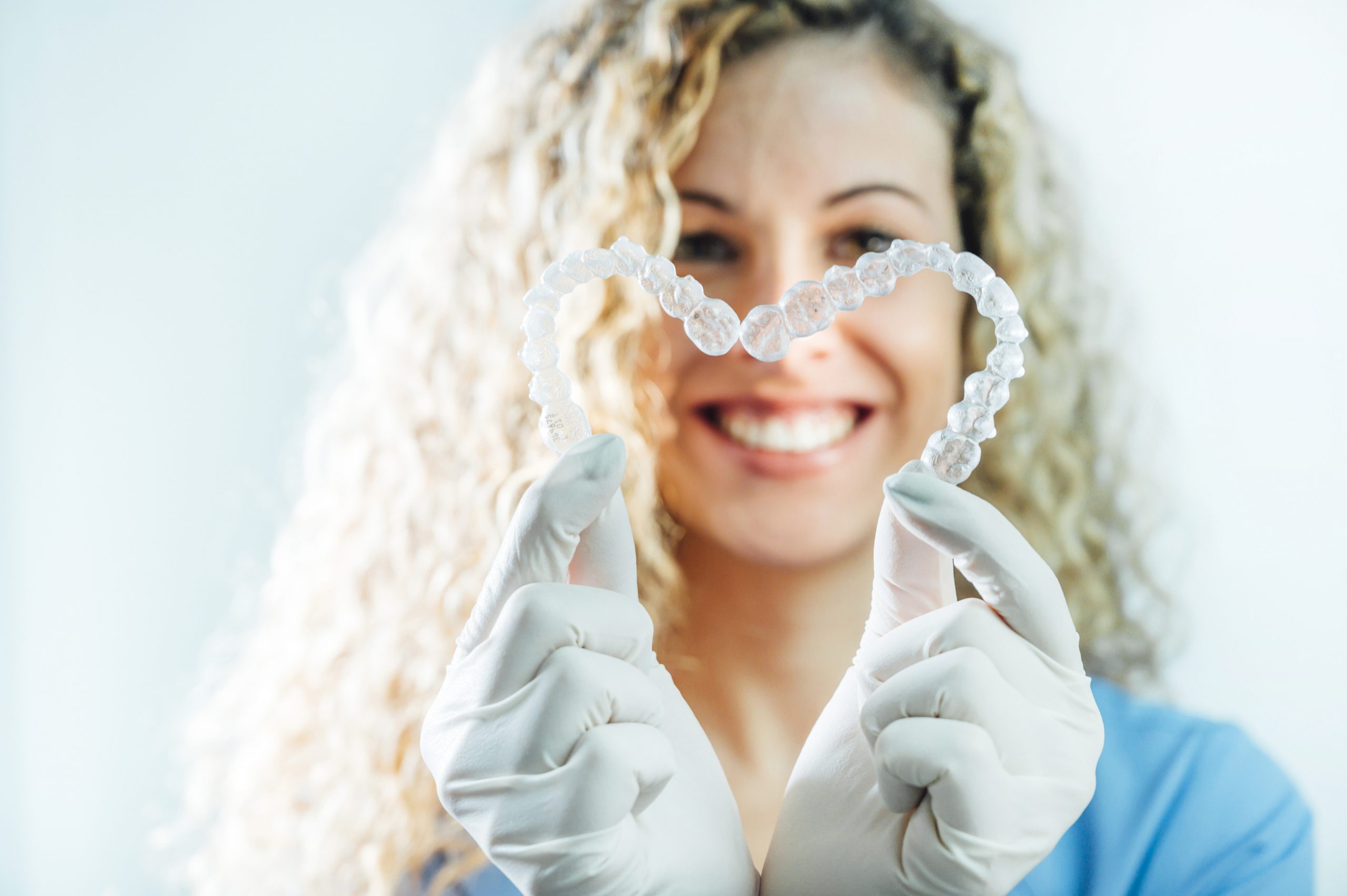 Transform Your Smile With Our Valentine’... Read More

We can see you as soon as tomorrow!